"Deity Arena" 3D Fantasy Strategy RPG
Big farewell to the lonely journey!Deity Arena provides you with diversified social gameplay.The innovative PVP double lineup mode values the initiative in the beginning.Micro-operation may determine the victory or defeat in the battle.

More exciting contents are waiting for you to discover!
Follow us on Facebook for more updates!
DeityArenaMobile

【Massive Heroes】
The game uses multiple scenes and plot texts to outline the Continent of Atlantis.It includes nearly 100 Eastern and Western myths and legends and created deities with different attributes.Each deity has a rich story background, exclusive skills and special effects.In addition, after reaching a specified level, you can also change jobs, change skins to increase your combat power, and unlock more buffs!

【Real blow】
3D modeling retains the exquisite painting and high image quality.Even the details are well pursued .You will experience exhilarating real blow feeling such as repelling and floating.With the gorgeous special effects of skills, you can enjoy the refreshing feeling of the blood showdown!

【Combo skills】
Different hero skill strategies and multiple hero lineups can cause different combo damage.When encountering a boss, you can click on the goddess portrait to trigger a full-screen big move.It can cause super high damage to reverse the situation and win the battle!

【Sociality】
The innovative PVP double lineup mode values the initiative in the beginning.Micro-management may determine the victory or defeat in the battle. There are three cross-server gameplay in the game, who can win the top and become the pinnacle king?Big farewell to a single growth path,we now have diversified social gameplay such as Battleship Expedition, Peak King, and Guild Realm .Pet treasure hunter, cat travel, mid-night dinner and other leisure games will ensure you great fun! 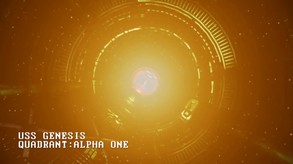 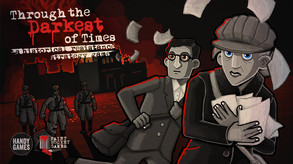 Through the Darkest of Times - Teaser 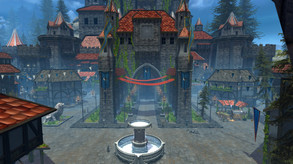