trusted
DOWNLOAD
MP3Producer is listed in Audio Rippers category and made available by MP3Developments for Windows. Unfortunately, we have not yet reviewed MP3Producer
MP3Producer review

MP3Producer is an ideal solution for converting (grabbing) your audio CD collection to a variety of the most popular compressed audio formats such as MP3, WMA, WAV, OGG with the excellent output quality at a high ripping speed! Besides with this software you can easily convert WAV to OGG, WAV to MP3, WAV to WMA, OGG to WAV and WMA to WAV. MP3Producer has the FreeDB function with customizable settings and search options that help you to retrieve disk information (e.g. the artist name, the album title, the genre of music and track names) from FreeDB, a music information database on the Internet. MP3Producer supports ID3 tagging that allows you to save and edit song information such as title of a song and album, name of artist, year etc. in MP3, OGG and WMA files. Besides there is an option of filename generation using ID3 tags, you can create filename and folder structure. MP3Producer supports different formats of MP3 (MPEG1 and MPEG2) and all bitrates (8-320 kbps, constant and variable), OGG (constant, average and variable bitrates) and WMA (constant and variable). Flexible settings allow you to define the quality of MP3, WAV, OGG and WMA files. With the help of the Extract CD Segment function with the user-defined start and end positions it is possible to play and copy to MP3, WAV, OGG and WMA file any part of the CD either a single track or several tracks together or a part of the track. MP3Producer has fast ripping speed which exceeds your expectation and saves your time greatly. With the handy intuitive interface and the program design you can use it with ease even for the first time and perform all actions just by a couple of mouse clicks. Whatever you are a professional or a beginner, you will feel MP3Producer is developed for you! 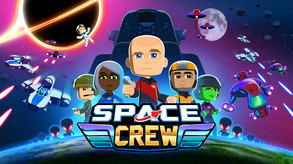 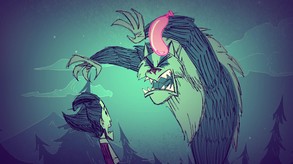 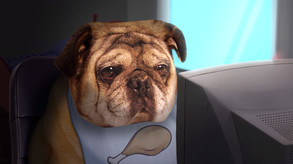 Download.io periodically updates software information of MP3Producer from the software publisher (MP3Developments), but some information may be slightly out-of-date or incorrect. MP3Producer version for Windows was listed on Download.io on May 6th, 2010 and it is marked as Shareware.

All software products that you can find on Download.io, including MP3Producer, are either free, freeware, shareware, full version, trial, demo or open-source. You can't download any crack or serial number for MP3Producer on Download.io. Every software that you are able to download on our site is freely downloadable and 100% legal. There is no crack, serial number, keygen, hack or activation key for MP3Producer present here nor we support any illegal way of software activation. If you like software product please consider supporting the author and buying product. If you can not afford to buy product consider the use of alternative free products.

Is it safe to download and install MP3Producer?
MP3Producer was checked for possible viruses by various leading antivirus software products and it is proven to be 100% clean and safe. Although, no malware, spyware or other malicious threats was found we strongly advise you to check product again before installing it on your PC.

Please note that laws concerning the use of MP3Producer may vary from country to country. Please be sure that you are using MP3Producer in accordance with the law in your country.


How do I uninstall MP3Producer in Windows XP?


Nothing! Nada! Frei! Niente! It is FREE to download MP3Producer from Download.io! We collect and list worlds best software products on Download.io portal so everyone can enyoj in them. All products here are legaly listed but you can read additional information about license on owners web site.