trusted
DOWNLOAD
Knights of Pen and Paper 2 is listed in Strategy category and made available by Paradox Interactive for Mac.
FREE DOWNLOAD
Install from Steam 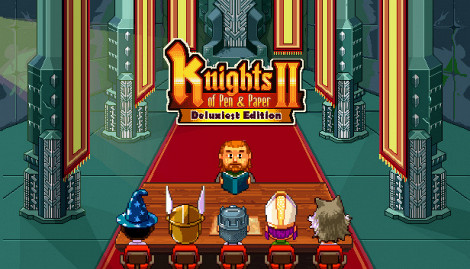 The Deluxiest Edition of Knights of Pen & Paper 2 includes the following bonus items and expansions:

Assemble your party and control your group of pen and paper role-players as they are guided through their adventures by the Game Master.  All the fun of pen and paper RP, none of the lost dice!

Now including races like Dwarf or Elf, assemble the party of your choice, choose quests and combat encounters, delve into dungeons, craft powerful items, and complain loudly to the GM.