By Grant Mucha on Jan 15th, 2022 and Updated on Jan 15th, 2022
Graphic design became simpler and, in many ways, more enjoyable when Adobe Illustrator and CorelDraw came to the market. Although both are tremendous vector graphics editor programs and both boast tremendous value, they are distinctly different and offer a plethora of unique advantages and perks.

This versus of the two most renowned vector graphics editing programs is a breakdown of their features, comparison of the benefits they offer, and a recommendation to give both a shot; without any further ado, let's begin.

Adobe Illustrator and CorelDraw have reshaped the graphic design industry by bringing convenience, outstandingly powerful features, and much-needed versatility to graphic designers across the globe.

In simplest terms, Illustrator is slightly more complex, more suited for professionals, and comes equipped with an array of unique functionalities.

Even though its learning curve isn't as steep, CorelDRAW is a well-rounded program, a fantastic photo editor, and absolutely ideal for vector art and vector illustrations.

There are dozens of reasons to choose Adobe Illustrator, especially if you're a professional graphic designer, but there are just as many advantages to going with Corel's Draw. For the time being, let's start with Adobe Illustrator.

Widely recognized as one of the finest vector graphics programs, Adobe Illustrator packs a multitude of vector-shaping tools, a rich database of pre-made templates, a highly customizable library, recoloring functions, and the much-needed Cloud integration.

Adobe Illustrator is a vector-based program that had reshaped the print media industry when it came out. It pushed the envelope for professional graphic designers across all four corners of the globe and was quickly recognized as the most eclectic graphic design software of its time.

Illustrator may be a bit pricey by the long haul, but its versatility is invaluable to graphic design professionals and experts. It was designed to work with both Windows and Mac operating systems, and both teams of designers and freelancers can efficiently utilize it.

It's one of the best Adobe programs for a reason, after all. Adobe software's photo editing and graphic design capabilities stand out across the board.

So many features of Adobe Illustrator can be labeled 'game-changers,' particularly Cloud integration and non-destructive layering.

Adobe Illustrator is arguably the most versatile graphic design software on the current market and one of the most dependable vector illustration programs.

The Drag & Drop concept makes the Adobe Illustrator much easier to use, especially since it's equipped with dozens of amazing features. This graphic design software would be pretty hard to master without this feature.

Adobe Illustrator offers a massive content library filled with presets and customizable features. Users have the opportunity to create vector shapes and amazing vector images by adding elements to presets or starting from scratch.

An Adobe user can set up multiple pages in Adobe Illustrator through the Artboard tool. If your project involves multiple visual elements that need to be spiced with several art style effect options, this is the perfect tool to use.

The ability to sync finished works with Adobe Creative Cloud allows designers to keep working on their projects remotely and even share them with their team, wherever they may be. While bouncing files back and forth is nowadays possible through emails, Adobe Creative Cloud is drastically more versatile, as it offers a much cleaner overview of each uploaded Illustrator file.

Dozens of remarkably versatile tools come with the basic Adobe Illustrator, such as multiple pen-tool options, custom brushes, and more. Adobe has recently updated the software with powerful 3D post-processing tools, allowing you to easily extrude, rotate, apply lighting or add textures, and such.

This program becomes an unparalleled all-in-one solution for users that augment its already bombastic versatility with any available Adobe Suite packages.

Creating anything from digital cartoons to intricate artistic masterpieces is a breeze for designers who learn Adobe Suite and utilize their advantages.

Albeit a bit pricey, the Adobe Illustrator is easily one of the Adobe family's most versatile and robust programs. It's a subscription-based program, and you can test its features before paying, as it offers a 7-day free trial.

Check out the Illustrator plan starting at $20.99 with 100GB of cloud storage.

Ideal for a professional graphic designer

Adobe Illustrator offers an abundance of advanced features to provide professionals with the much-needed edge.

This vector-based design software can help skilled entrepreneurs break through the sea of competitors, while brands that use it are typically the ones with the finest website designs and most attractive logos.

Although it wasn't as easy to use upon its launch, the brand has added a myriad of convenient features to both Adobe Photoshop and Adobe Illustrator over the years. The introduction of the Discover panel means that new users can now the steep learning curve more quickly.

Adobe Illustrator is compatible with Windows 10 and Mac operating system versions 10.12 Sierra (and all later versions).

The initial Illustrator Picasso (the first Mac version) was compatible with macOS exclusively, and the Windows compatibility came with version 2.0 (Pinnacle).

For nearly a decade, the program's compatibility bounced between Mac OS, IRIX, and Solaris, settling for Mac/Windows concept in 1997 with the Simba version (Adobe Illustrator 7.0).

CorelDRAW graphics suite packages' utility further enhances its well-roundedness. Its flexible pricing allows you to pick and choose how much cash you want to part with and how many Corel functionalities you want to use.

Whether you want to design two-dimensional images or digital cartoons, CorelDraw will easily allow you to do so.

Boasting a fantastic font manager, Corel Cloud sync, an intuitive shape builder tool, and a myriad of versatile features, this software is packed with the latest letters of technology in the world of photo editing.

Browse through a comprehensive library of dozens of unique fonts, customize it and organize in a way that best suits your needs. The Manager is one of Corel Draw's core features, as it provides quick access to numerous font styles.

Another Corel Draw's core feature is the Power Trace – a tracing utility that presents users with an opportunity to preview the end result and adjust it on the fly.

Combined with the remarkable upsampling functionality, the Power Trace excels at refining the final product in the most straightforward way possible.

Both Adobe Illustrator and CorelDRAW feature non-destructive layering functionality. This feature preserves the original pixel values, allowing you to apply as many tonal adjustments as you want – the original pixels will remain the same unless you specifically design them not to be.

This tool was introduced to Corel Draw version 9.0 (1999) and remained one of the most game-changing functionalities this versatile software is equipped with. Essentially, it simplifies color-filling tasks and provides more control.

Another somewhat older feature, the Publish to PDF, allowed users to make press-ready content on a single program.

To print images in PDF meant better quality. Not only supporting this format but also tweaking relevant parameters for press releases or notable publications made Corel Draw drastically more competitive and valuable.

Creating illustrations was something Draw excelled at from the get-go, but ever since RAVE came in 2000, this program was also suited for complex vector animation tasks.

Bringing the most exquisite graphic designer works to another level, RAVE brought Draw much closer to the Adobe Illustrator format in terms of top-tier features.

This tool allows you to save screenshots, catalog them, and use any relevant CorelDRAW files that have been snapped by Capture at any time.

This feature, however, is only available to Adobe users who have installed the CorelDraw Graphic Suite. AfterShot 3, as well as many other exceptional features, comprise this suite.

Available through the CorelDRAW Technical Suite pack, the axonometric drawing features provide pinpoint accuracy and make Draw as suited for professionals as Adobe Illustrator. Perfect for the most complex vector projects, this package is a must-have for seasoned designers.

Buying CorelDRAW and its extensions can be described as an expensive but valuable investment. It comes in three packages, each costing several hundreds of dollars, but there are no fees on the plate.

Check out CorelDRAW Graphics Suite 15-day trial and see for yourself.

Graphic design enthusiasts who've just embarked on a journey to learn vector illustrations will find that CorelDRAW is a dependable companion along the way. You'll have an eclectic arsenal of features at your disposal, but they're all very easy to use.

In fact, this is usually the main reason why many up-and-coming designers start with Corel.

CorelDRAW supports both Microsoft Windows and Mac OS, although it only supported Windows systems until recently. Corel added Mac OS support in 2019, the same year when CorelDRAW received an online app, allowing web-based creative works to be stored, used, and showcased with added mobility.

Both Adobe Illustrator and CorelDRAW come with many outstanding features, but they perform much differently in this field.

Both can be used to create professional results, but Illustrator tends to be slightly better for intricate artworks. Adobe's software isn't necessarily far superior to Corel's, but Adobe Illustrator wins this round as far as basic features go.

The Adobe subscription pricing may lead you to believe that it's cheaper than CorelDRAW's one-time-purchase concept. However, Adobe Illustrator and Adobe Creative Cloud subscriptions cost roughly $75 per month, while CorelDRAW's full creative suite costs $1359.

A little over a year's worth of the company's subscription costs roughly the same as the entire Corel's set. If you're using just Adobe Illustrator, though, you'll be paying a fraction of the price, as the Creative Cloud costs nearly three times as much.

Ultimately, it boils down to personal preference and intended use. You will receive the benefits of gratis software fixes, whichever program you go with anyway.

Professionals prefer Adobe's subscription plan, as it provides complete access to all features immediately, while the subscription can be canceled at any time.

If you choose CorelDRAW, you'll need to part with a small fortune, but you'll reap tremendous value as it serves you throughout the years, whether you use it professionally or casually.

Adobe Stock Illustrator (without the Creative Cloud bonus features) is not hard to tackle. Those who've learned vector illustration basics will probably fail to realize its full potential, but it's a decently intuitive tool that will reward your hard work.

On the other hand, Corel's software is a remarkably simple drawing program that doesn't require months of learning and years of previous experience with similar designer tools.

Given the fact that this particular field is more subjective than others, it's hard to declare a winner – some designers study faster, others 'feel' programs differently.

While some may find Illustrator easier to use, it's the majority of newcomers that feel the same for Corel's Draw.

In 2022, Adobe Illustrator and CorelDRAW tie in the field of compatibility. Both support Windows and Mac OS, but that was not the case until 2018.

Namely, Illustrator was launched as a MacOS program and remained one with the exceptions of several versions that supported Solaris, IRIX, Unixes, NeXT, and Windows.

On the other hand, Draw emerged as a Windows-only program, only to be updated with Mac compatibility a few years ago. Today, both programs support Windows and Mac operating systems, standing on equal footing.

Illustrator and Draw stand at the top of the chain for a myriad of reasons. Both being exceptional programs equipped with the finest features available, it's hard to say which is better without being subjective and biased.

It's quite a paradox that both professionals and designers on a budget tend to pick Illustrator – the pricier software. At the same time, CorelDraw, the out-of-the-gate, more expensive program, benefits beginners and somewhat experienced designers.

The amount of money you're willing to part with, your experience with graphic design, and your particular niche are the main elements that should be considered when making the final choice.

How to Send Screenshots to Imgur 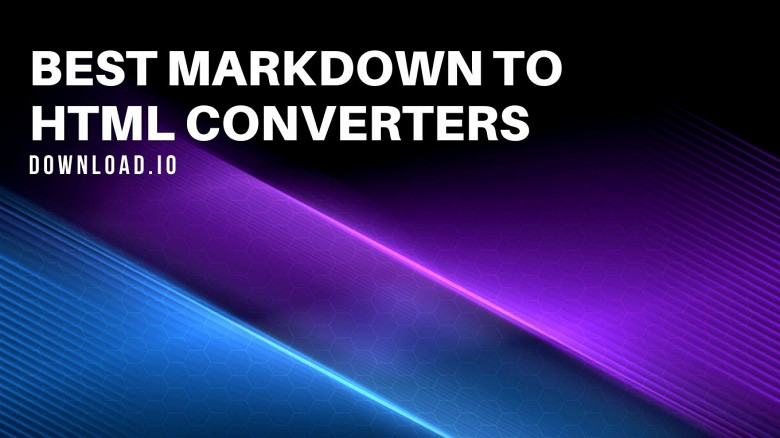